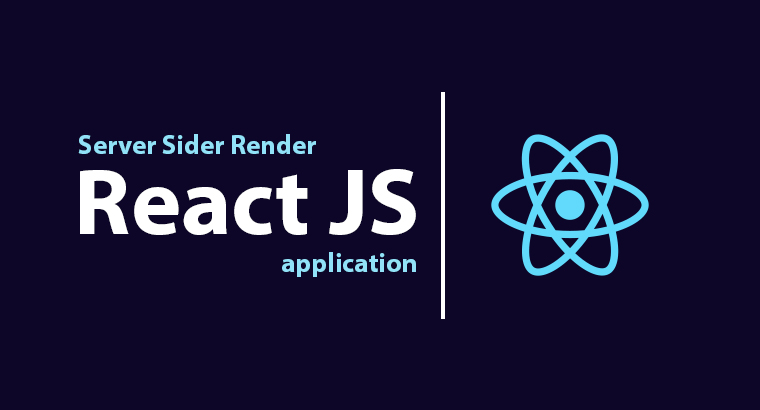 If you have had your hands on ReactJS, its won't take a second thought to think of using react for any front project, whether it be a complex web app or even a simple website. But there is a catch, any client without javascript won't be able to render the applications, which is not good for many circumstances especially SEO.

In this tutorial I will demonstrate how to Server Sider Render a reactjs application and to Integrate SSR into CI/CD. I will be using a react project build using Create React App with techstream demo template.

Let me explain the tasks and tools for the process in detail.

Deployment will not be covered in detail here but I will brief on deployment to AWS S3 as part of CI/CD demonstration and also to a VPS server. For more on deployment check how to deploy react JS application

What is Server Side Rendering ?

Server Side Rendering  or SSR  means you pre-render the markup of a front-end framework on a back-end system before delivering to users. This means you server HTML with contents in them rather than an empty HTML file with a bunch of CSS and JavaScript (JS) links, and the browser processes the content.

A server side rendering can be achieved using 2 methods :

Why do Server Sider Render ?

The main setbacks of front-end javascript frameworks is that the initial server response is generally an empty HTML file with a bunch of CSS and JavaScript (JS) links. These files need to be fetched in order to render relevant markup. This means

React snap uses puppeteer a node library which provides a high-level API to control Chrome (headless-chrome). This will be used for rendering the markup and creating snapshots.

If you are gonna run this on a container environments puppeteer (headless chrome) may fail due to sandboxing issues. To get around this, you need specify react snap to run puppeteer with --no-sandbox and --disable-setuid-sandbox.

Add this to package.json.

If you still get issues with puppeteer refer puppeteer troubleshooting.

That's all you need to do, in terms of configuring.

To start the pre-render you can execute npm run-script build from your project root and you can see react-snap, the pre-render process will follow post build. 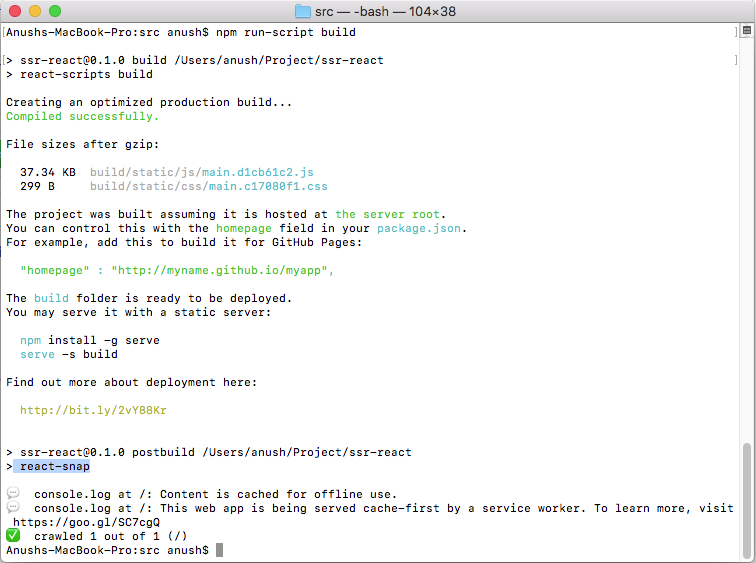 The pre rendered pages will replace the build files created by react-scripts files in build directory. You can upload the directory to server and you have your server side rendered reactjs project.

Pre rendering in CI/CD is also straight forward and don't need much change in configurations because the additional step of pre rendering is already defined in package.json.

You might need to update your docker images if any to include chromium-browser.

I am gonna be using the same settings and configurations I had used in React Js Deployment with small changes to a docker image with chromium because react snaps needs chromium package in the docker.

Gitlab repository for the Project : https://gitlab.com/anushbmx/react-js-ssr-deployment

May the force of static files be with you.